„If there is something that you want really bad, whole world will turn to make it happen"

Last few months i start to believe that this quote have certain truth. You just must stay positive and don't think too much (that i usually do – think too much)

From the title of the topic you could conclude what is the thing i want so bad.

There is certainly 10 years (or even more) that i want F4. Short furgonet with big openable side windows, rear bench and girapfone on the back of the roof.

As to my knowledge there are only three F4 in Croatia still alive in any form. 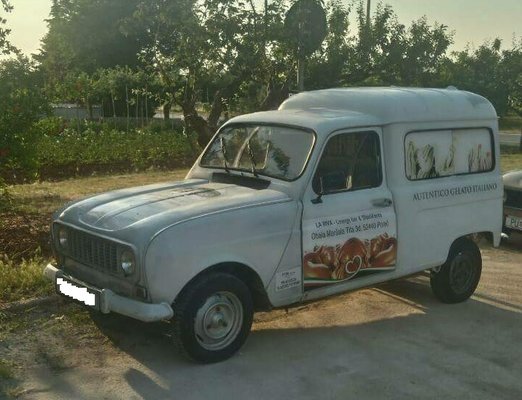 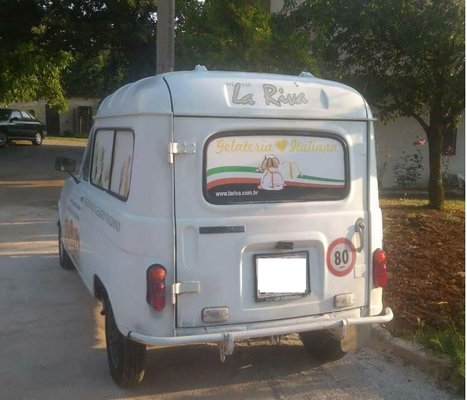 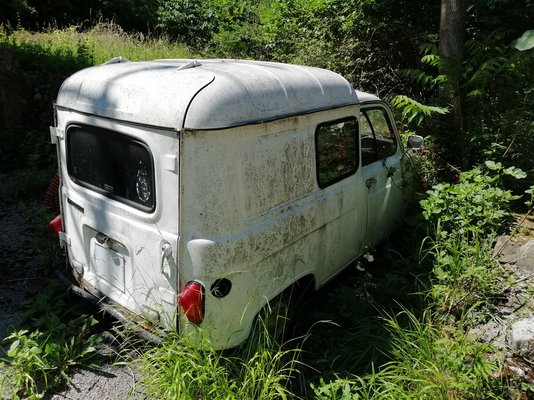 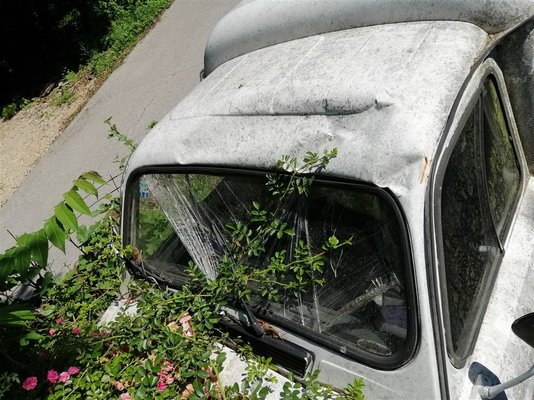 And one in Slavonski brod. Could be seen on gatherings but was not registered since 2003. 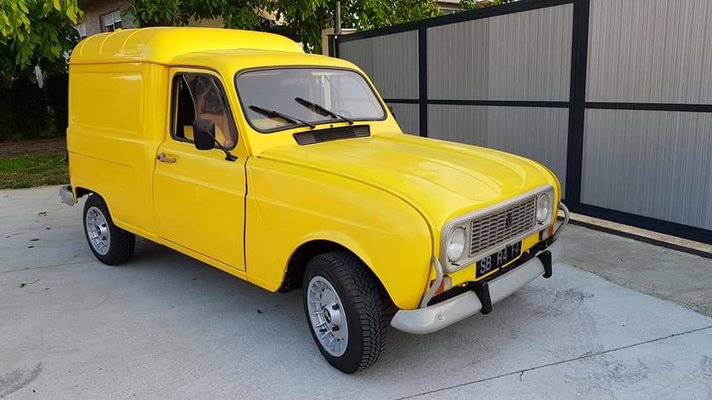 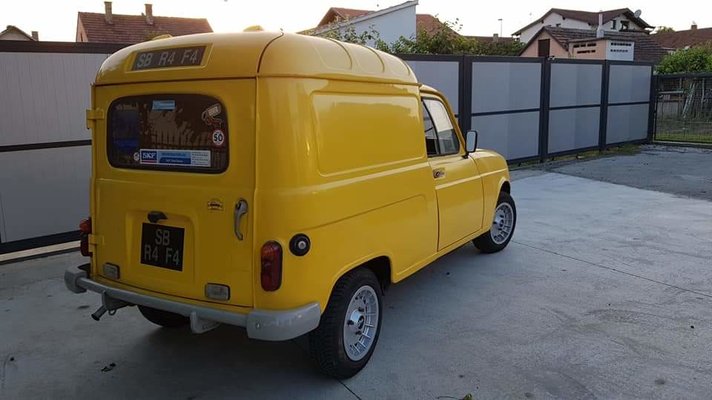 This is not passenger version that i would like but i believe it is not so big trouble to transfer it passenger. giraphone is already there

Year of built 1981. Imported to Croatia in 1995 from Switzerland where it was used at some airport

Drum brakes all around, and handbrake to front wheels 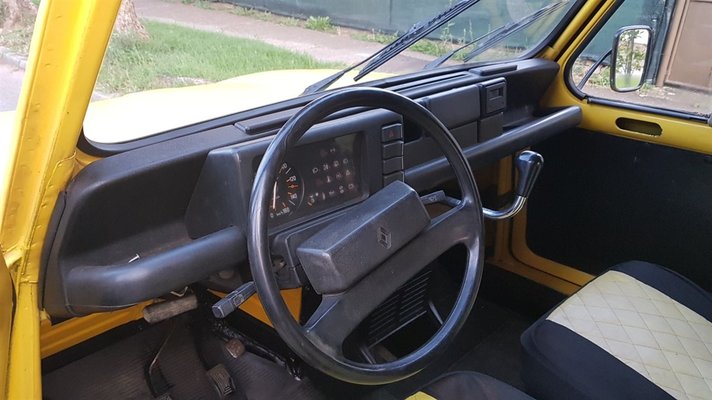 Engine is 688-712 and gearbox HAO-146 but i believe original engine and gearbox was changed sometime in the past. 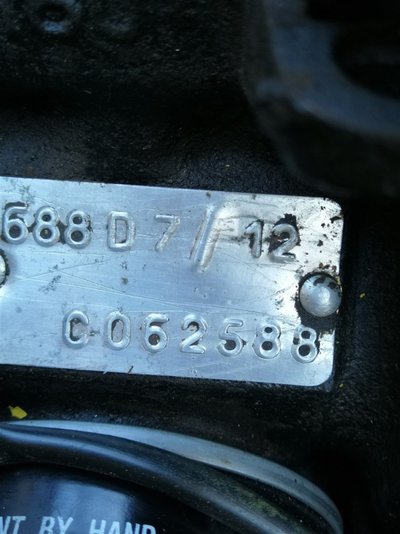 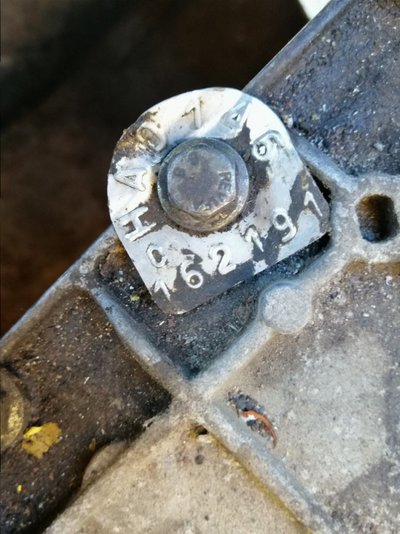 Whole story goes something like this. I know previous owner from our Croatian old-timer and R4 community. We meet few times during last ten years in different Renault gatherings.

Many times we spoke how i want F4 and if he ever decides to sell it he should let me know.

This spring he called me to tell me how he must sell F4 and i am first one he is calling. Financially that was not good time for me to buy car (corona time just started). So i told him my situation and that i am not in position to take it.

Now, another friend of mine is entering in story. He is also here on this forum. Friend from Norway who is spending a lot of time in Croatia. In town 5 minutes away from Vodice, Tribunj. You may know him as BORGEB here at forum.

Actually, we have met each other over this forum while i was still trying to put my GTL in one peace.

Once he told me that he would really like to see my work on GTL. I told him if he is ever near Vodice he is more than welcome to come. At that point i was looking at his profile on this forum where his location was far north in Norway (some 4000km far). But in less than 30 minutes he was at my doorstep. Because, at that time he actually was in Tribunj. Since then we hang out often.

When he came to Croatia this summer i told him about yellow F4 and how it is out of my reach (so close jet so far). Suddenly he said that he could buy it but he need my help about it. As foreigner it is complicated for him to own car in Croatia. So he needed me to take ownership of the car for him.

After few days of discussion about this partnership and final agreement about it we went to Slavonski Brod to see car in person and decide if we really want it or not.

After five hour drive we are standing near yellow F4. 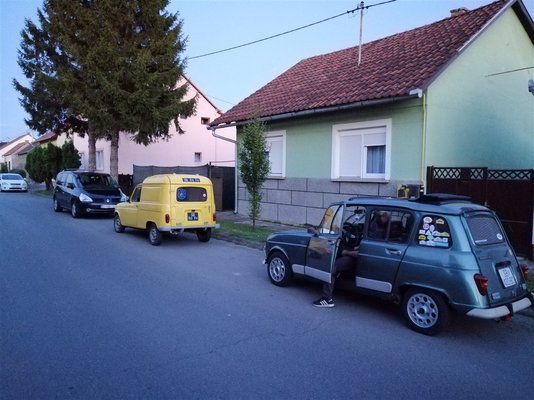 Center of the universe for next few moments 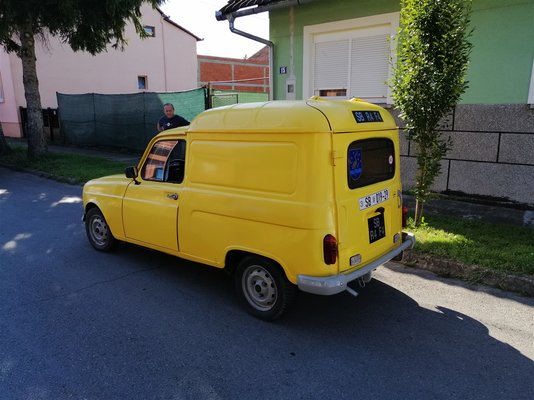 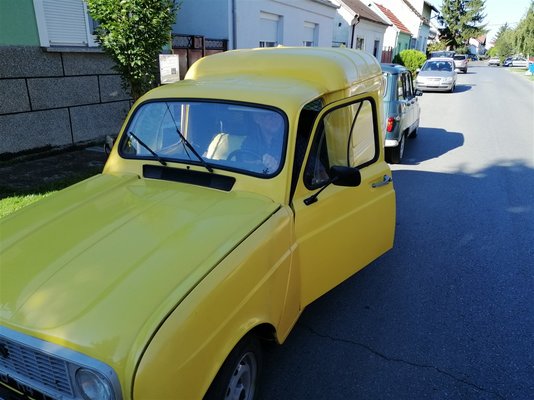 After first enthusiasm about car big disappointment came. Chassis underneath is in bad shape. So bad that going thru Technical Exam (Croatian MOT) is impossible.


Starting from Vodice we did not think about it as project car but car that we could register, get license, and drive right away.

After whole night of discussion decision was made. We are going to take yellow F4.

In the morning we have done all legal necessity and start our adventure to Vodice.

It was some adventure

Local roads all the way 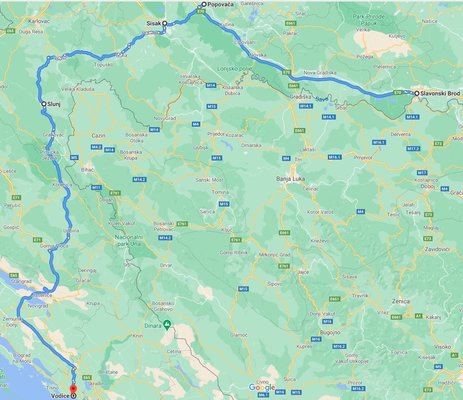 First couple hours we were stopping every now and then to check the car that wasn't done more than 100km in 10 years. And now he is on the road trip of 550km


Good thing was brakes and cooling system which previous owner checked and repaired few days before we decided to come. 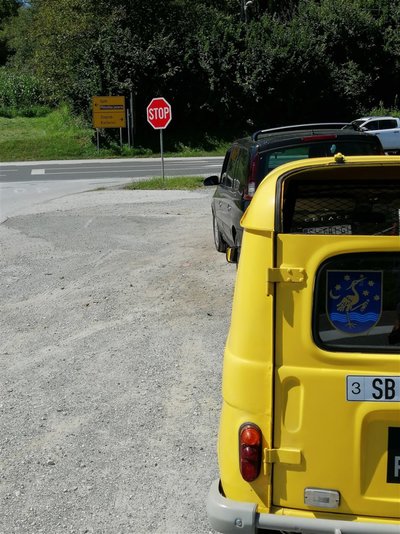 Bad thing is that after some 150km right outer driveshaft boot fell apart and all grease was thrown out. So right driveshaft started to knock loud, and it was knocking till we came home.


Also engine mounts have fell apart and engine was making shaking noise when you wanted to start to drive it. After certain speed is reached, knocking stop. Engine was doing fine, but it can be better.

Engine spend about 1 liter of oil in 550km. A lot of which was thrown away thru valve cover bolts.

Beside this problems driving speed was nicely 80-85 km/h. Uphill were little problem but believe it will be much better after ignition is set as it should be.

After we cross Velebit Mountain i had smile on my face. We were some 100km to home and now car could stop and i would not mind it.

Velebit Mountain in the background 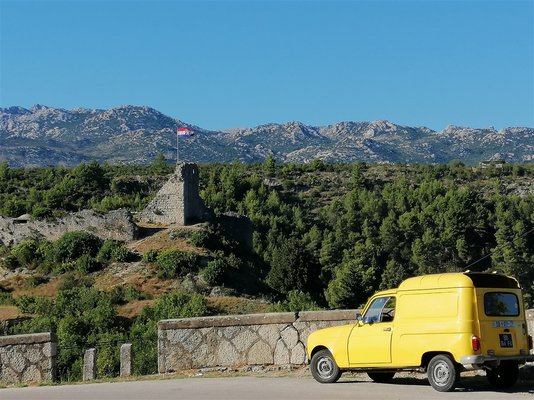 After 10 hours’ drive we came home to Vodice/Tribunj 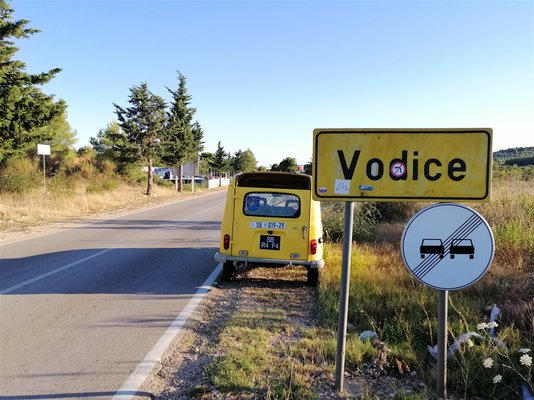 In front of my house 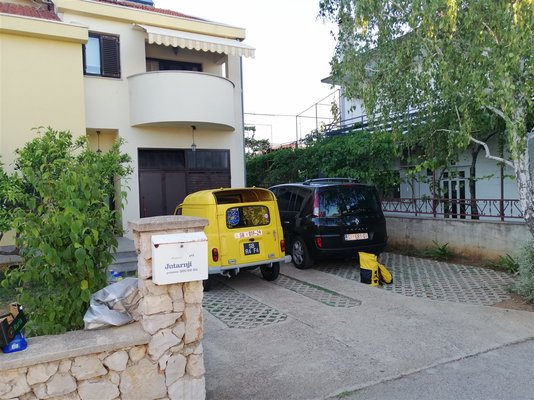 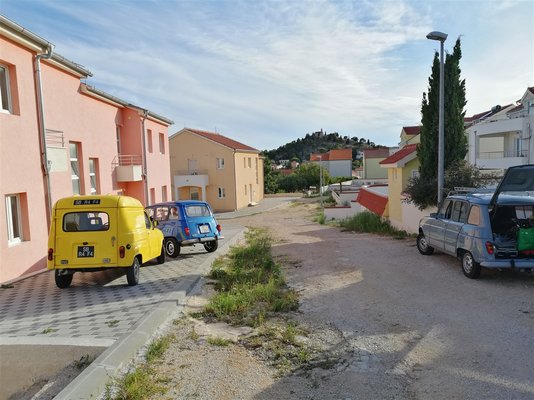 BorgeB, you are more than welcome to say your side of the story and how you experienced this whole adventure.

Well Petak, this was a great start of dreams come true.
I know of course that you wanted this to happend, but I did also have my reasons.
I never forgot my 67 F4 that I owned from 84 until it rusted away from me in 99.
so, happy happy us! 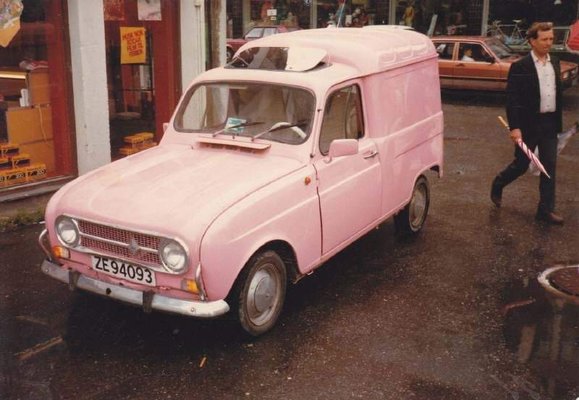 That is one nice looking Pink f4

I heard that story in person but I was just waiting the moment when it will came up here. Get your pop corn guys, it'll be a heck of a story here!

What a fantastic story Petak.
I love the colour.
It’s great that you have found your dream.
I look forward to your usual high standards when it’s time to repair the fourgonette.

Intrigued by the number plates Petak, are they just for show or is really registered as whats got to be the most desired plate for a Renault 4F4...R4 F4?
If you think adventure is dangerous, try routine it is lethal..

Wow! What a beautiful story, it really makes my day. Wonderful you have found your dream, and I'm already looking forward on the upcoming adventures.

Laxeian.....unfotunately those black plates are only sticker. would be great if it was real licence plates. For now car does not have licence plates. In Croatia you must return them when/if car is no longer MOT. Then when you get new MOT you can get old one back (if they are not destroide) or take new one. Same thing is when car is changing owner and county.

For now idea is to sort out chassis and make it road leagal with "old not so rusted shell".
Somekind of "rat look"
Bumpy "neglected" body with perfect chassis and mechanic underneat