Claude was built in 1987, but the first known history was when he was supplied to the British Embassy in Cameroon in 1990. He is the estate version of the F4 van (R239B) and has rear windows and a rear seat. The rear windows were originally steel but have been replaced with aftermarket plastic framed windows.

Claude has a lot of options fitted. Being a utilitarian vehicle the options are mostly to do with dealing with unmade roads, and they are rare to see in the UK. 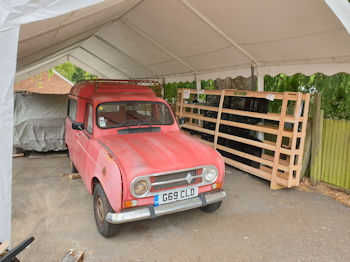 There is a second air filter before the normal air filter to help with dusty roads.

Inside is a cyclone that looks a lot like a Dyson vacuum cleaner. 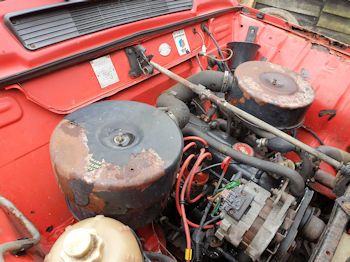 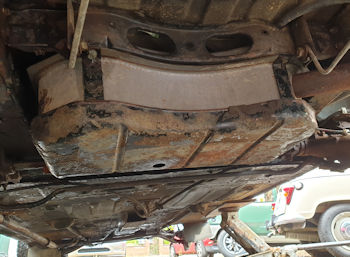 I'll paint the eyes and nose back on - I think it's a Mad Max thing designed to scare the road. 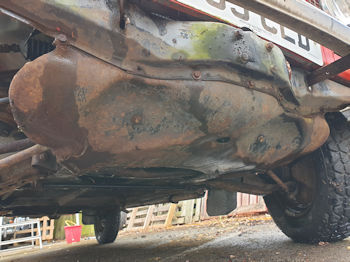 The front brakes are protected from loose stones by a back plate that isn't found on standard cars.

Corrosion has made them very thin and crunchy. I don't think I'll try to shotblast them. 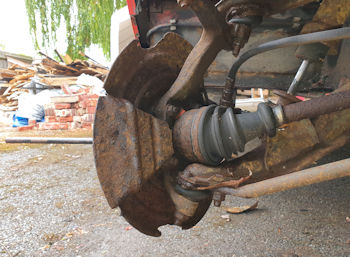 The upper wishbones have a reinforcement on the top similar to earlier cars to make them more sturdy for rough roads. 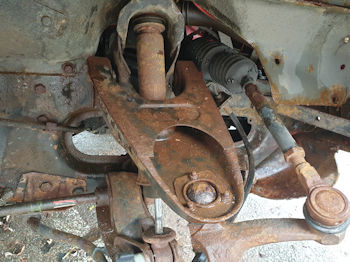 I've never seen a bump stop fitted to the rear suspension. The suspension arms never get anywhere near the chassis. They must have been expecting some really bumpy roads.

There is no evidence of contact between the bump stops and the body. 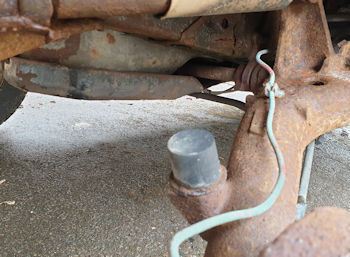 The front mudflaps are secured to their mountings by staples. The mud flap looks the part but I can't imagine staples would have survived 33 years.

Though I've known the car for probably 11 years and they aren't a recent addition. 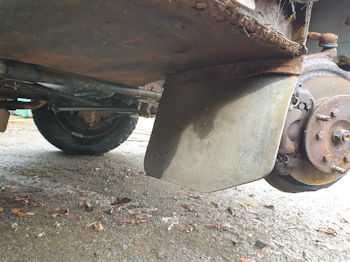 The rear mudflap is riveted in a more more sensible manner.

I'm guessing the mudflaps are original - they both use the same material and the rear ones include a bridge from the chassis to the body so they have been made for this variant. 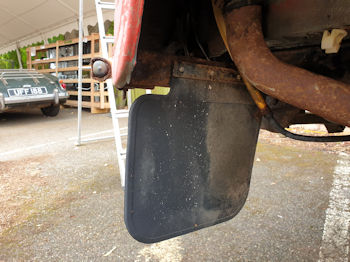 Claude has a full length roof rack. It's very useful and I've carried 4.8m lengths of wood on there.

It does make a lot of noise above 100km/h, but that's close enough to maximum speed to not be a real problem. 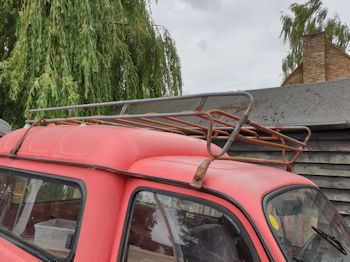 The tow bar is another factory part. It comes with a plate specifying maximum towing weights. It is very faded but has the number 600 stamped on it. 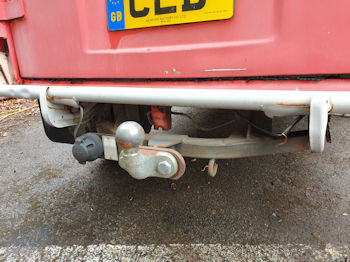