Location
English but live in France 87250

edwin said:
Just spotted the distributor!
Click to expand...
and the dipstick?

edwin said:
Just spotted the distributor!
Click to expand...
It use doesn't use points but a programable ignition that is triggered by the distributor and the advance curve has been set up on a dyno using a computer programme.

How do you add brake fluid? :-D
Amazing to see that British R5 Alpine (Gordini in that case) engines had special rocker covers with "Alpine" deleted!

Hi Angel, in the UK the name Alpine was already a trade mark of the Chrysler corporation who had taken over the British company Rootes Group. Remember the Sunbeam Alpine? Very successful rally car of the 50s. Later Chrysler brought out the Chrysler Alpine, so Renault were unable to market the hot R5 in the UK as an Alpine, so used Gordini instead.

We replaced the leaking master cylinder with a refurbished Cadmium plated item. The new one also has been fitted with a stainless steel sleeve to prevent future corrosion, this is all more expensive but you end up with a much better product aesthetically and has more longevity. We bled the system with more silicone brake fluid which is also better all around and doesn't damage the paintwork so no damage was done by the old leaky master cylinder, again it's expensive but a very good product. As part of simple maintenance I cleaned coolant bottle out of sludge which tends to deposite from un-rebuilt engine. 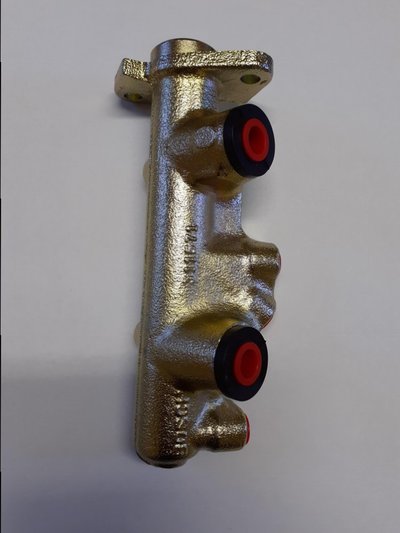 Also as part of winter protection we are temporarily swapping the 5.5" Fergats that were fitted in May for the set of standard GTL wheels that were fitted previously. Dad also found a good condition NOS wheel to add to replace the one with the filled centre hole. So I'll have to stick with skinny wheels for the time being but better that than exposing Fergats to all the salt, rain, ice and grit that gets thrown up around this time of year. 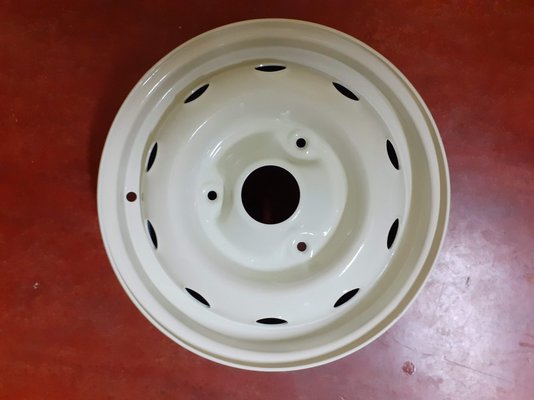 The wheel swap is now done and the the rear drivers side wheelbearing has been replaced as it had become increasing noisy over the past in, out and under all the wheel arches and inner wings ... you go down one back road and it looks like you've been on the Safari Rally

We also had the idea to put some stainless steel wheel trim rings used on Dad's Renault 12 that he used to drive daily that are still in good condition even after being through all weathers for several years. They make the standard GTL wheels look a bit deeper and a bit less like a toy car's. We would also like to paint the two tone sections on the Fergats black whilst they are off the car as I prefer the look and think the contrast against the yellow would look great.

With the standard wheels back on the car feels more roly and springy opposed to the go-kart feel with the wider tyres I'm used to, but the lighter steering is nice when parking. 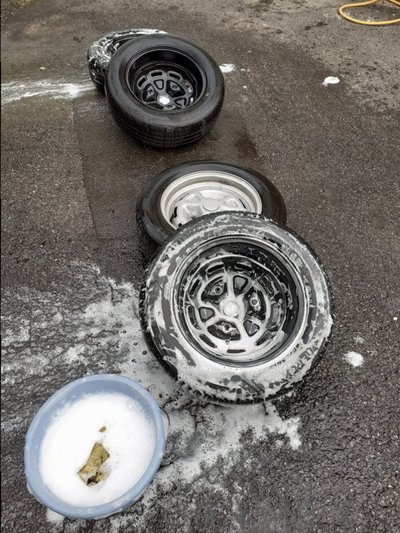 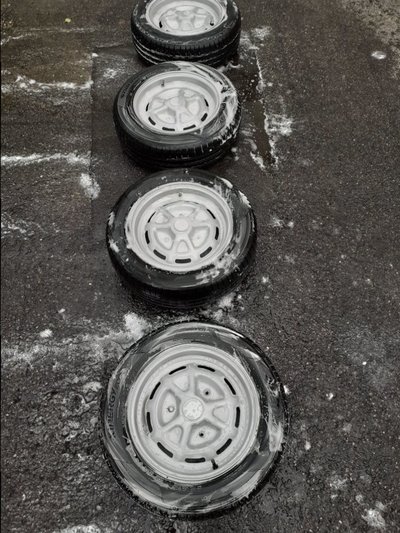 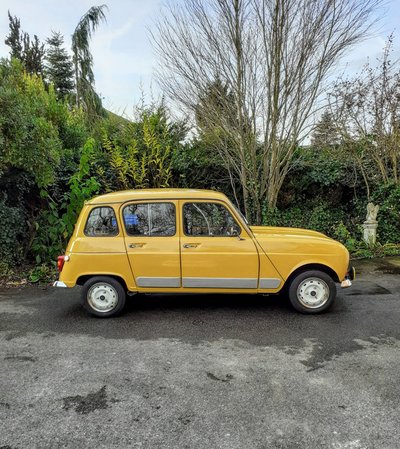 Hmm, not sure about black JR, think dark to mid grey would look nicer. Or better still, leave as is

As you know I'm all for originality Harry, ahem!!

The beauty rings on the white wheels look good.

The original second color is anthracite.
If you go for originality.

harbourseal said:
The original second color is anthracite.
If you go for originality.
Click to expand...
From the 3 factory colours I have seen, anthracite, bronze or black depending on age and model etcetera that they were fitted to, I prefer the black.

Anyway I'm not a stickler for originality at all ... obviously

, just think the contrast with the black would look the best.

My Zenith 28if carburettor had been suffering from the typical lacklustre performance as many do, even though we have modified the main jet to compensate for this a little. The typical problem was the carburettor sucking in air past the age shrunken butterfly spindle seal and I could never find a repair kit that included said seal. This weakened the lower to mid-range performance, as we found when we took the engine through the rev range with a CO analyser attached and noticed a drastic drop in the CO reading from around 1500-3500rpm as air was being drawn in past the seal, in turn decreasing the suction through the main jet and worsening the problem further.


However, after some extensive internet trawling, I found some seals that are sold individually, though they are expensive considering they're only a bit of rubber 10mm across. But replacing the seal along with readjusting the air:fuel ratio to suit has given it back most of its cross-range flexibility, more power and allows it to rev higher and faster

Here https://www.renault4onderdelen.nl/W...Zenith-28-IF-serie-INCL.-gasklepkeerring.html a typical 28if revisionset including the butterfly valve seal for a mere 50,= Dutch guilders.
The revision parts for the 28if with accelerator pump are also included

JdeW said:
Here https://www.renault4onderdelen.nl/W...Zenith-28-IF-serie-INCL.-gasklepkeerring.html a typical 28if revisionset including the butterfly valve seal for a mere 50,= Dutch guilders.
The revision parts for the 28if with accelerator pump are also included
Click to expand...
Ah interesting that is the supplier I used, they must now be reproducing these kits with the seal included, which is good.

Guys I don’t know if this helps but I have just bought another repro 28if Carb. Contrary to opinion on here the quality and performance is wonderful. And at £100 delivered for a complete new carb I think good value. This second carb is destined for a new project 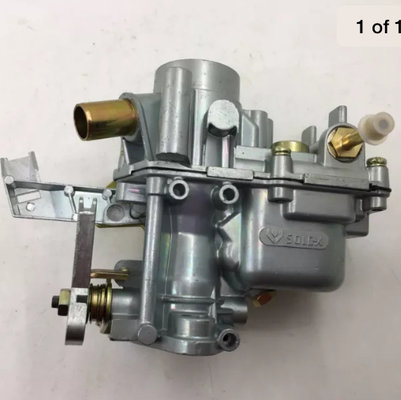 Jnr-Renospeed said:
Ah interesting that is the supplier I used, they must now be reproducing these kits with the seal included, which is good.
Click to expand...
When I first overhauled my 28if in 2015 that specific seal was already included even in the years before. I know that Jan-Willem, the owner of R-Quatre aka renault4onderdelen.nl, really takes care about the correct parts either aftermarket or he will search for NOS-parts.

He is a former Renault garagist and always when I pay him a visit for collecting ordered parts, there's time for coffee, talking about technique and the old days and looking at his photo-albums from his racing years driving the mighty R5 Turbo 2 and Turbo Max.

You are talking about this small ring circled in next picture 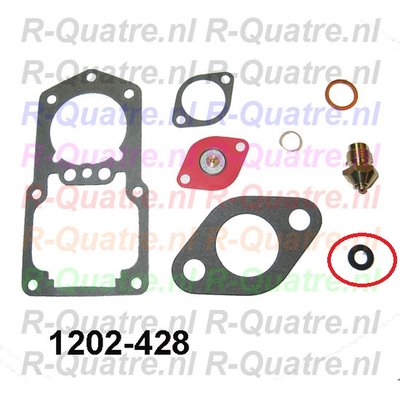 which is this rubber ring on next link
https://www.renault4onderdelen.nl/W...eerring-gasklep-carburateur-Zenith-28-IF.html

Also searching for it as i have troubles with my second carb on the car!
Hope this seal-ring will help reducing (or solve) problems that i am having.

petak said:
You are talking about this small ring circled in next picture
View attachment 25378


which is this rubber ring on next link?

Also searching for it as i have troubles with my second carb on the car!
Hope this seal-ring will help reducing (or solve) problems that i am having.
Click to expand...
Yes, that is the item I was talking about, hopefully it will help the problems on your car as it did with mine.
You must log in or register to reply here.
Share: Twitter Google+ Reddit Pinterest Tumblr WhatsApp Email Link
Forum software by XenForo™ © 2010-2018 XenForo Ltd.
Top