My cars reg doc states 1975, but the R4 was discontinued in South Africa in 1971. As it seems to have been assembled here, the VIN does not follow the usual numbering system, but the engine number is 800-01-2555739, it has a Ducellier dynamo and the front grill is like this 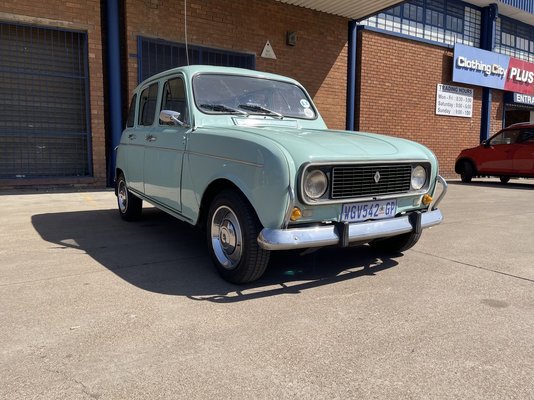 and the dash like this (yes that is the correct kilometres) 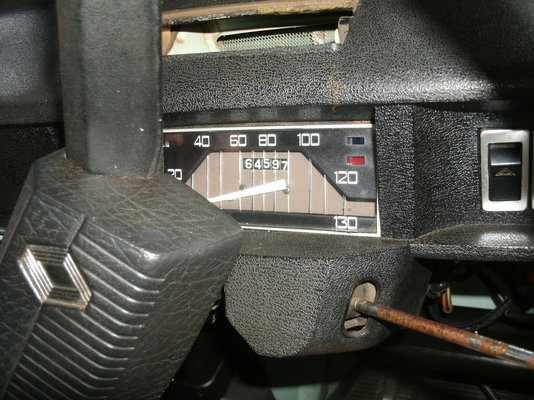 On my minis all the Lucas parts have a date on them, is there anything on the R4s like that? Thanks

Have a look at the air filter baseplate - there's often a date on it. Sometimes the flexible fuel lines have a date on them too.
There'll be a date on the side of the carburettor as well.
Is the fuel tank the flat-bottomed 26L one (pre-Sept 74 in France and the UK, I think), or the later - 1975> models - 34L one (has a step in the bottom)?
It's interesting that there's no diamond plate under the bonnet.
The type of grille on your car first appeared on 1975 models in France; I think there were other changes later the same year - for example, the battery was moved to the front of the inner wing, and there were changes to the RH bonnet reinforcement (I see yours is the earlier version). I think the change from dynamos to alternators took place in late 75 in Europe - of course some of the above might have been different for SA models.
Is there a number on the chassis between the driver's seat and the door?
Last edited: Nov 24, 2021

Welcome Jake from Johannesburg SA. Been there in 2015 with my wife doing a cultural roundtrip for 3 weeks in a rental, great country!!
About your R4, and @Andy McGhee has pointed out good points and signs to date your R4 and Andy is right
I'm pretty sure it's a true 1975 and she's looking pristine

Here's a site for reference about age dating a R4 http://www.allez-y.info/dating.html
Enjoy yor R4 for many many kilometers.

Looks right for 1975 model year. Is oval plate absent,too? My early '75 (26th November '74 date of manufacture) has engine number 800-01 1273926. Could first digit of engine serial number be 1 instead of 2?
In addition to Andy's points about manufacturing dates present on components, there is a month/year stamping at the back side of the dashboard center vertical section, roughly between the gear shift lever and the Renault badge.

Thanks for your input, I will check those items. According to the South African bible of cars, the R4 was discontinued here in '71, with 259 sold and another 2 sold in '72. Maybe it was a special import but it looks like it never had the diamond plate under the bonnet , just this 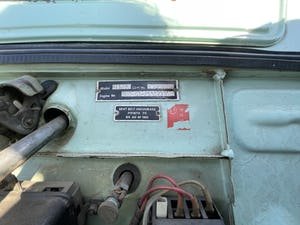 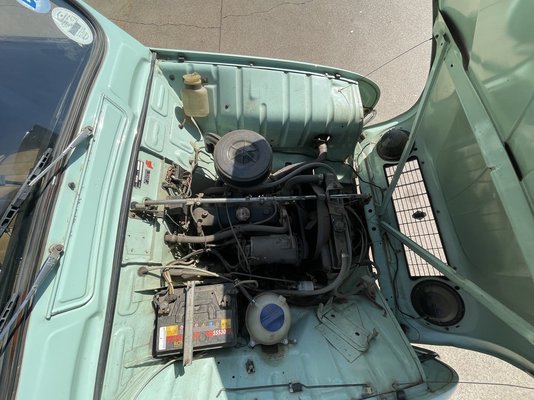 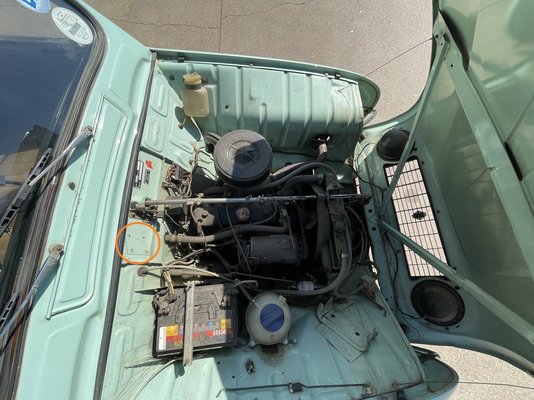 I have circled position where diamond plate should be.

But it looks like one was newer put there 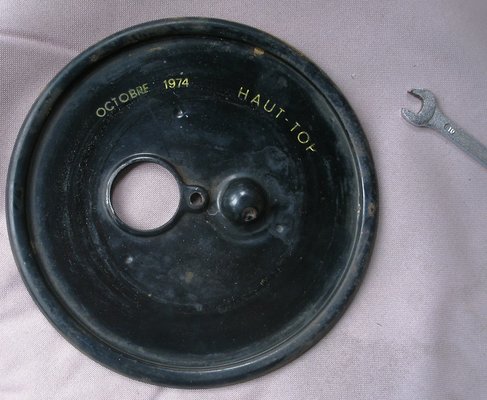 However, that does not explain why it was produced and assembled in SA 4 years after being discontinued. It definitely has local ArmorPlate glass fitted, a local manufacturer. So I will continue to investigate. Also the VIN tag is appears to be a SA one. I am going to visit an expert in a few days (and try and steal some spares

) and maybe he can shed light on it
P

My Dad got a bunch of R4 spares for me when in SA in the mid 70s and mentioned being told R4s were still being assembled on a sub rosa basis, but I don't know if there is any truth to this at all. Does any of the car plates have a 3 digit country number? If it had been brought in privately from the UK I would expect it would have the UK code. If there is no code, being a locally assembled on the quiet car makes sense.