Looking for some advice regarding Clocks and Gauges

After recently having bought a 1988 Renault 4TL and having it serviced, I was told by the mechanic that it might be a good idea to look into additional gauges should the original ones be slightly inaccurate. Though the car should now be fine, (It has been in the garage a while), I would like to see if I can install a set of them.

Which ones would you recommend I look into buying and installing into the car?

Are there any sets which you would recommend i.e. brand, any packs, power outages (I am totally lost and confused) ?

Which dials should I look into getting? Are 3 really needed? Which ones are the most useful to have? Oil? Water? Voltage?

I am rather lost with everything and this is my first car, (I´m 30 and thought this would be fun) and would really appreciate any help or recommendations that you have.

If you have any advice, I will be so grateful!

To my knowledge the only "gauges" on a late-plate R4 are speedo, fuel gauge and voltmeter. I’ve never had any inkling that any of them may be "inaccurate". Specifically, on mine the speedo is, annoyingly, dead-on (rather than being a few mph fast) so you really have to be careful in speed-limit areas. Fuel gauge : totally reliable. Voltmeter : probably OK but so long as it starts, so what?

There is a low oil-pressure warning light, a low coolant light, battery charge indicator and (quite possibly) a brake fluid warning light, incorporated in the dashboard display round the speedo. So you’re reasonably fireproof as long as you keep an eye on the basics like oil, water, oil filter change etc.

Your garagiste may not be used to a car which is so basic, rather than those of today which incorporate every function under the sun. But I reckon that once you introduce modifications to what is essentially a 1950s/60s wiring system, you may introduce more problems (e.g. the modest-size alternator and battery not being able to cope).

What you need to keep an eye on is rust on the chassis, to which R4s are notoriously sensitive. Clean the mud off the chassis sidemembers regularly with an oily rag or spray with old oil (or both).

If this is your first car I’d be inclined to get used to the experience before attempting tweaks. R4s are quite safe so long as you remember (i) they are barely fast enough for motorways (ii) brakes, unless yours has discs on the front which being a TL it may not, are not over-powerful.

Strangely the trend nowadays is for less gauges! My recently sold (& sadly missed) 1994 Citroën Xantia had a temperature gauge, which, strangely, is missing from my new (& MUCH more powerful!) Subaru Forester! All I have is blue thermometer when the engine's cold and a red one when it's too hot (this has never yet come on.....) One might have thought a 4x4, favoured by farming communities all over the country for its legendary cross-country abilities would have such a gauge.

An oil pressure gauge won't tell you much if you don't look at it all the time. The existing warning light is much more useful. The same goes for the volmeter: it's much more practical to have a warning light to alert you.
The "too late" water temperature light should ideally be accompanied by a gauge, it's the only addition I would recommend to basic R4 instruments. Another one that isn't strictly an insrument is an override switch/operation light for the electric cooling fan, if your R4 is so equipped.

I've driven over 280,000 miles with my first 1983 GTL R4 and never experienced any mishap with the standard original warning lights and standard sensors.
When you drive a lot with your R4, check levels regularly, when you drive less also check regularly. Remember it's an older vehicle so you have to check everything by yourself, like everyone did in the "old" days.
Don't spoil the originality with a dozen gauges, you shouldn't turn it into a carnival car.

Hi Ryan, just to follow on from what others have said, if you do decide to fit a temperature gauge you will need to have a water-pump that has a provision to fit a temperature sensor to it, so measuring the actual water temp. The "too late" temp light as angel calls it, gets it's signal from the sensor on the cylinder head, it just measures the ambient temperature of the head, so is very hit and miss.

Hello everyone I agree with the comments above. And would suggest if you do decide to fit extra meters then a temperature gauge is only one. R4’s can suffer distortion to the engine head if they get too hot. So a temp gauge is a useful thing as the red light is often a ‘too late’ warning. I bought one very inexpensively from eBay. It’s under the dash and the sensor is literally pushed into a casting hole on the water pump. It’s very responsive there 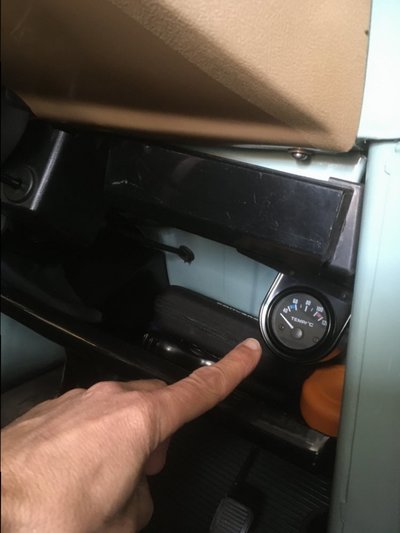 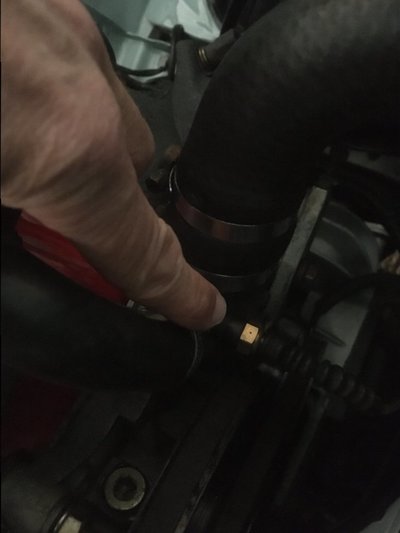 Agreed: a temperature gauge seems to be the only thing missing from the Renault 4. Oh, and towing eyes, but I've added these (supplied by @angel :-) )

JonathanT said:
Hello everyone I agree with the comments above. And would suggest if you do decide to fit extra meters then a temperature gauge is only one. R4’s can suffer distortion to the engine head if they get too hot. So a temp gauge is a useful thing as the red light is often a ‘too late’ warning. I bought one very inexpensively from eBay. It’s under the dash and the sensor is literally pushed into a casting hole on the water pump. It’s very responsive there View attachment 25391 View attachment 25392
Click to expand...
Which way is which here and is it applicable to my '86 1108cc GTL? Thanks, Mark.
1986 Renault 4 GTL
New to French cars and their quirks!
Lives in Solihull in the West Midlands

Eccles60 said:
Which way is which here and is it applicable to my '86 1108cc GTL? Thanks, Mark.
Click to expand...
Hello Eccles not sure I understand your remark . But the pump body has several cast holes in the front. I found the sensor was a snug fit. It’s very responsive to temperature in that position and the gauge works great. It’s something like this one https://www.amazon.co.uk/ePathChina...&sr=8-4&swrs=7A65F6D3DB55B6FC7C8740A47B3D599A

So Jonathan have I got this right, the temp sensor isn't actually in the coolant, it's just measuring the temp of the pump body? If that is the case it's far better to have a sensor screwed into the pump after removing the blanking plug, so properly record the temp of the coolant. If the pump hasn't got said available aperture the next best thing, although not ideal is a sensor fitted into the top hose. Kits are available for this.

Maybe the best spot for a temp sensor directly into the coolant is nearby cylinder 4 as it is the hotspot.
Replacing the coolant drain plug (next to the distribution housing) with a temp sensor and you have the reading of the highest coolant temp. 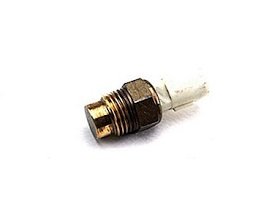 Drain plug located sensor has two drawbacks: They aren't widely available in this small thread diameer, and there is no real water circulation down there (plus temperature is lower than in the head), so reading is lower.
If you fit an external ("contact" as often called) sensor on the blanking plate at the rear of the head you will be fine. The more "scientific" approach on this, that involves more work, is to remove the plate, drill it and weld a nut with suitable thread to accept an ordinary water temperature sensor.
It's a bit easier on the GTL, there is a plugged M18x150 thread at the front of the water pump to accept the sensor on other cars (R5 etc.) with a factory fitted temperature gauge that use the same pump.
Whatever you do, make sure the sensor matches the gauge you are going to use. Different brands of gauges have different operation resisances. 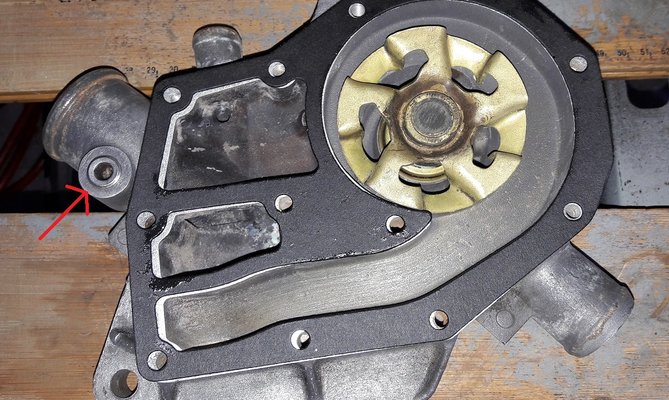 Not there JdeW, that's where the heating return pipe from the carburettor goes. The threaded hole for the temp sensor is on the front of the pump.

Oops, you're right Cornish. I must be a little rusty as I've not been working for almost 2 years now on my precious R4.
The house renovation and R4 garage build still have precedence

Actually guys I too thought the sensor needed to be directly in the flow. However the pump body is aluminium and transfers the heat very quickly. 0k it must be a little slower to respond but honestly it works great and I’m satisfied I can tell trend - ie if it were heading up to boil

On second thought maybe fitting a temp sensor in the heating return pipe from the carburettor isn't a bad spot at all because it measures the coolant temp right before where the thermostat sits.
In my line of duty as a process engineer and professional brewmaster, I'd use a PT-100 sensor because they come and go in all kinds of lengths and fittings and dito gauges.

Another idea is finding a mid 80's instrument panel (Jaeger/Veglia) from the LHD R5 Express/Rapid diesel versions, they come with a temp gauge. With a bit of cable altering, panel mod and the R5 temp sensor it should work.
And the glow-plug indicator light could be altered with an extra switch for the use of seat heating.
Advantage is that it looks almost as near as original