Renault 4s are among the cheapest cars on the road to run. The driving experience is somewhere between a 2CV and a real car - entertaining and quite practical for everyday use, although long motorway trips can be tiring. The main pitfall is rust, particularly on the chassis near the rear suspension mountings.

This buying guide describes what to look for. Don't be put off by the photos on this page - they show the worst features from the worst cars I could find. Most cars will be better than this.

Which year to chose?

The Renault 4 has a separate chassis which includes the floor pan. Replacing the chassis is a very time consuming job, and in any case, replacement chassis are no longer available. It's important to ensure any Renault 4 you buy has a good chassis. 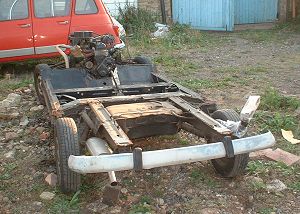 THe rust will be obscured by the damper and is only visible from underneath the car (I've removed the body for the photograph). 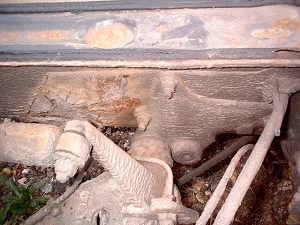 A patch repair for maybe £200 would get the car through an MOT, but there's not much point as rust would return the following year, and the area behind the mounting would still be rusty.

A good repair would involve removing the rear suspension, the fuel tank and half of the interior.

Some time ago rust in this area would have been enough to send the car to a scrapyard. These days Renospeed (the Renault 4 specialist in London) can make a lasting repair for around £600, which is worthwhile, as the repair would probably increase the value of a reasonably tidy car by the same amount. 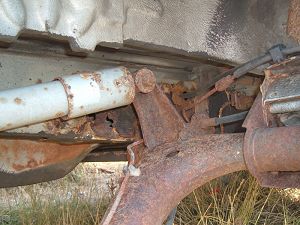 It's much rarer to find rust in the outer suspension mountings, but unfortunately that area is more tricky to repair with the body still in place. Really cars with severe rust in this area would only be suitable for spares or DIY restoration.

Rust in the outer rear suspension mount tends to start from the top and rust in the wheel arch immediately above the mounting is a clue to the mounting condition. This one is pretty bad. 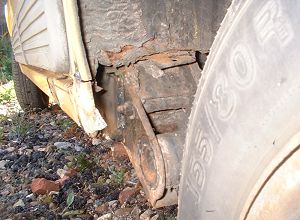 WIth the body removed it's easy to see where the outer mounting can rust. The top of this mounting has completely disintegrated.

The chassis also has rust on the double skinned section to the side of the mounting. The outer section of the chassis is visible just inside the sill panel, and if the panel is wavy or bubbly, perhaps with cracks or rust coming through from the inside, then an expensive repair will be required. 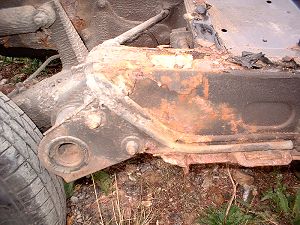 Another indication of rust in the rear chassis is the condition of the body just inside the rear door. This one has been patch repaired, so the chassis underneath is likely to be holed. 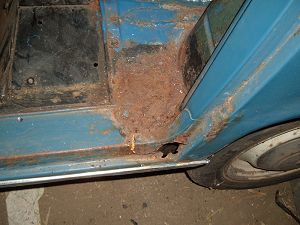 The four corners of the floor pan often rust, but patch repairs are quick and easy to carry out.

This one has been patched already but to a low quality. Replacement floor sections are still available for a long term repair. 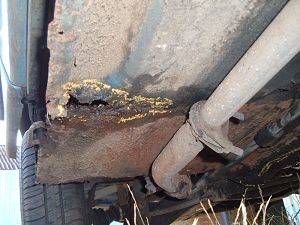 The body isn't stress bearing - it's cosmetic so all you really have to do for an MOT is cover the jagged rusty bits with tape. The seatbelt mountings in the rear wheel arch are a different issue.

All four wings can rust, and these panels are still available from Renault.

Issues at the front of the car are wings and bonnet. The wings will rust on the top and front edges, but can be replaced for £30 each. The GTL bonnet can rust along the bottom front edge. 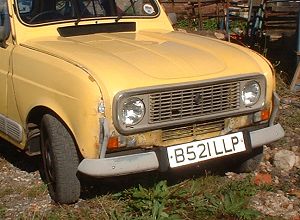 The front wings also rust at the front where mud can be trapped. 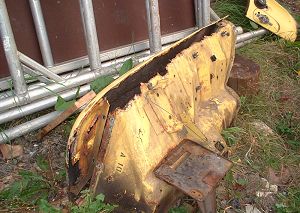 The original rear wings were seam sealed from the inside of the wheel arch, but most people don't bother when they replace the wings, and mud collecting on the top of the rear wing mounting flange will rot the body.

A repair panel is available for the body, but it's a tricky repair.

The only other part of the body to watch is the seatbelt mountings on the rear wheelarches. There is a reinforcement on the wheel side that fills with mud and rots away. 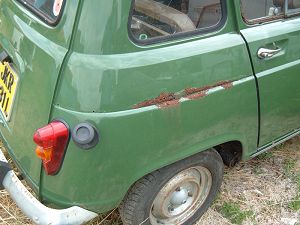 The Renault 4 is light and low powered, so very little strain is placed on any of the components. So long as the cars have been well looked after they should last for ever.

Mechanical components such as ball joints, brake parts and exhaust systems are cheap and easy to get hold of. 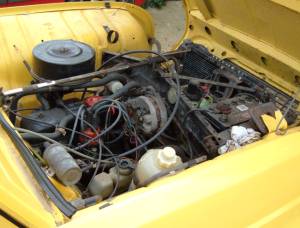 The 1108cc engine in the GTL is very strong, but doesn't seem to be completely comfortable with unleaded fuel - fast motorway driving can sometimes burn an exhaust valve. It's sensible to use 4 star replacement petrol or a valve protecting additive for long motorway journeys.

Any Renault 4 still surviving should have been well looked after, but some are neglected. The valve gear is visible when removing the oil filler cap, and will be covered in sludge on a badly maintained engine. 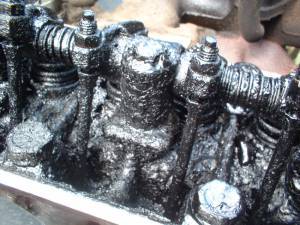 There is not a lot of interior to go wrong in a Renault 4, but it's sensible to buy a car with a decent interior.

The GTL had cloth covered seats which tend to wear after around 80,000 miles. Driver and passenger seats are identical and can be interchanged to even out the wear. Replacement seat covers, door trims, and floor mats can be bought for the GTL

Earlier cars had vinyl covered seats which are much harder wearing. Replacements aren't available but they can be recovered by trim specialists. 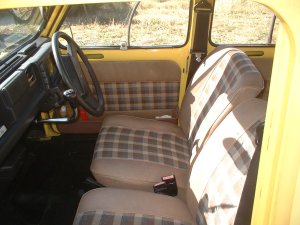 The Renault 4 makes an inexpensive restoration project for anyone with welding skills. The mechanical parts will rarely need to be rebuilt. For anyone not experienced in welding it's a good idea to buy the best car available. Welding is time consuming and tends to be expensive. Very few restored cars come onto the market, but good, low mileage original cars do appear from time to time.

Parts availability is still good enough to keep cars made from 1968 onwards on the road (it can be difficult to source essential parts for pre-1968 cars). The GTL (post 1981) model is the best supported.

Back to Renault 4 Guides

Where to buy cars and parts