A GALLERY OF GORGEOUS - please contribute !

laxeian said:
Is that an E-type in the background? ( one of my bucket list ultimates would be a 4.2 primrose yellow coupe
Click to expand...

Yes indeed, she is all fixed up now. Not primrose though I am afraid! 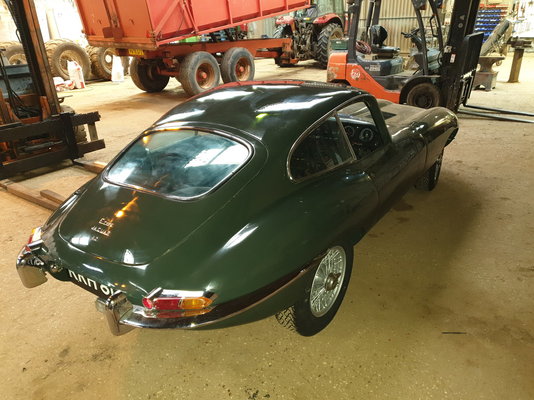 Serial car restorer, on my 12th Renault 4, qualified mechanic just like the Queen

Here is a picture of my first Renault 4 in the days when I was skint circa 1991.
It had belonged to a friend who had gone off to uni, parked it up and left it. His mum sold it to me for £30.
Someone had smashed the window and tried to set light to it. That was why it was cheap.
It was actually a late low mileage rust free 850cc example with a slipping clutch. I changed the clutch and it was superb.
I would pull 80mph on the flat depending on the air temperature That was one I shouldn't have messed with.
I am on the right, next to the car. That is my old college building, where I did my City and Guilds in Motor Vehicle restoration in Colchester. 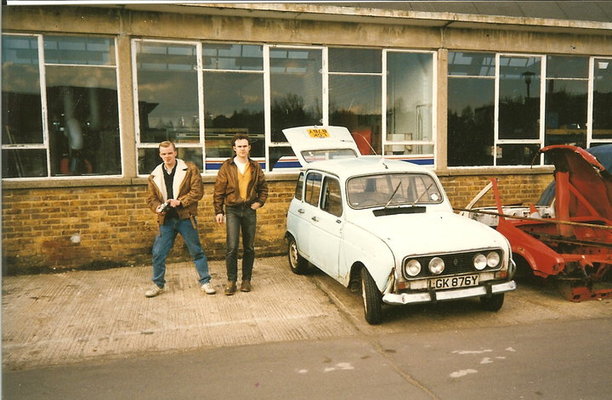 I experimented with it by building a tuned 1108cc engine wit twin choke webber and a Kent cam. Started off with 4 reverse gears until I figured the gearbox out. It was very revvy.

Later in the decade, still skint, I bought a non running van. Me and 2 friends decided to drive it as far as it would go for a holiday.
I didn't work so I fitted a Gordini engine that I had to the 4 speed box. We broke down 4 times on the trip but made it the Prague and back, where we met the Rolling Stones road-crew and saw the Voodoo Lounge concert. 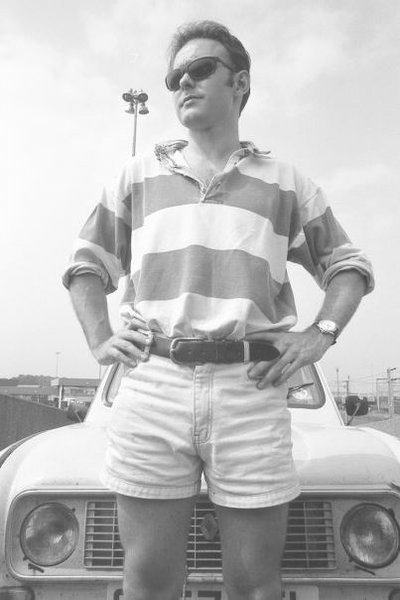 This is me about to get on the Harwich ferry circa 1996. Nice shorts! We broke down on the loading ramp(loose driveshaft nut). 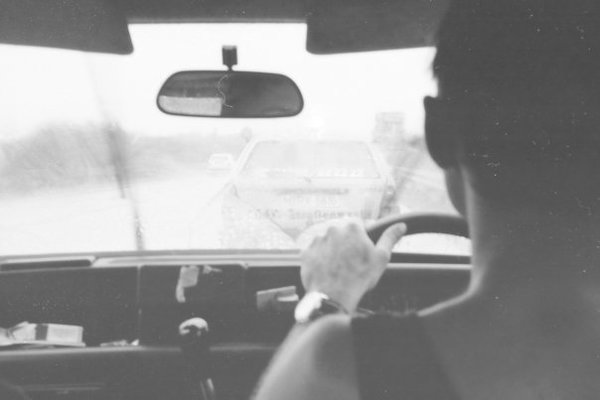 This is me being towed by rope in the rain off the Autobahn by a disgruntled German gent at 80 mph! Pretty dangerous. 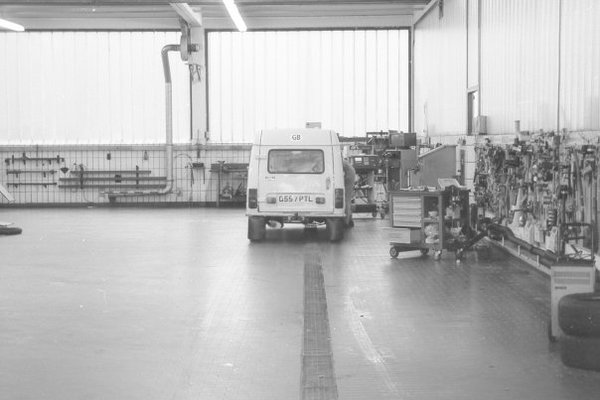 He towed us to a Renault Main dealer in Germany at 5pm on a Friday. They were all going home until one of the mechanics opened the bonnet of the van and saw the Gordini engine. They all stayed on and fixed it. It was burnt out points. They dont get many conversions over there with the TUV regs. 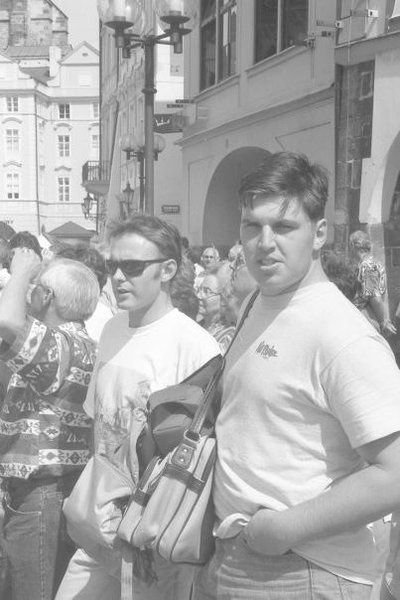 This is me and one of my "friends" in Prague. He was pretty crazy and kept getting drunk and picking fights with the locals. He wasnt very good at either. I am on the left. 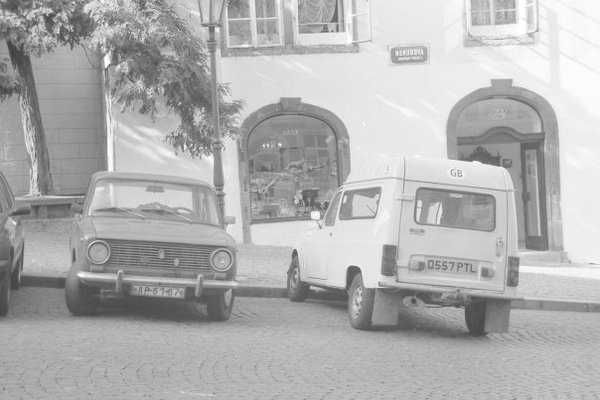 This was the Van near the concert. 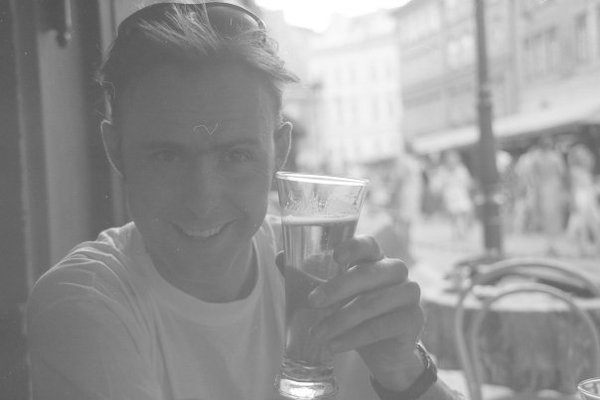 All in all a quite exciting adventure
Serial car restorer, on my 12th Renault 4, qualified mechanic just like the Queen 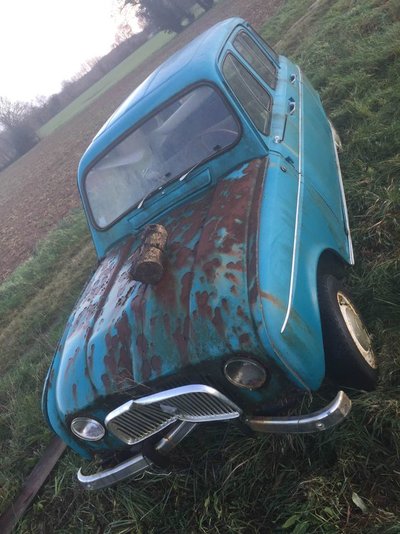 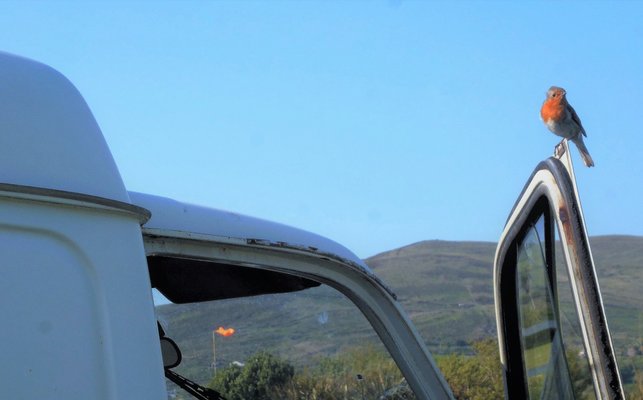 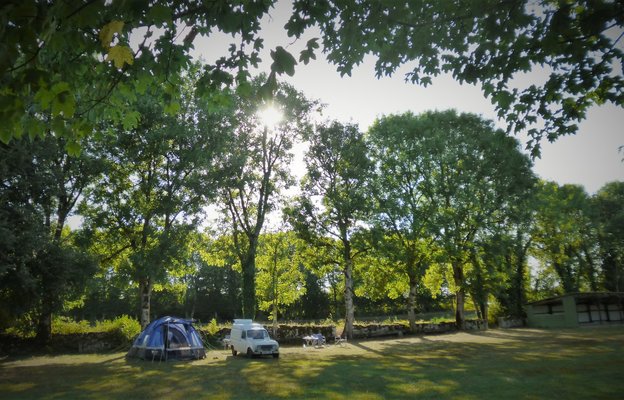 Andy McGhee said:
Hi Edwin
No, the seats in my TL are the more comfortable type - according to the UK 72 brochure, they are 'deep foam polyurethane on a fully sprung frame and upholstered in soft stitched stretch-back vinyl.' (!)
The separate front seats were an optional extra on the so-called 'De Luxe' version.
The windows have the metal frames.
As requested, an interior shot - R4 anoraks will note that the handbook is, in fact, from 1973!View attachment 27775

Ooh they’re like my seats I think; nice to hear they were ‘extra’! 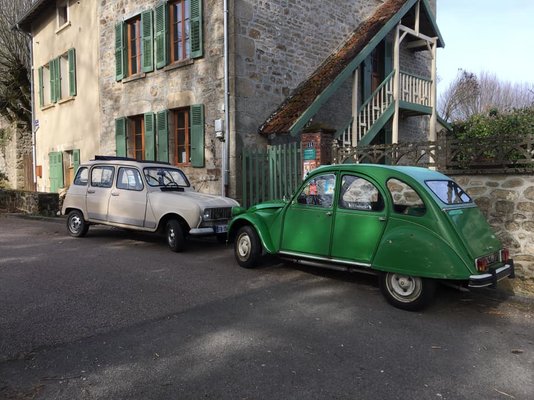 It's a 602cc, 1975 vert tuilerie. Very short production run for this colour version: 1974 to 1975. First 2cv to have the monobranche steering wheel. Different bumpers, which only lasted for this production run, and first time the 2cv had ignition key start, instead of the starter button. Also has the 'harlequin' seat fabric (sadly in a bad state in my car). She's a 'rolling project', which I got in February. Just had some floor repairs, now onto some mechanical bits before she heads off for a CT ... her first since 2014 (she's been in a barn for 6 years). 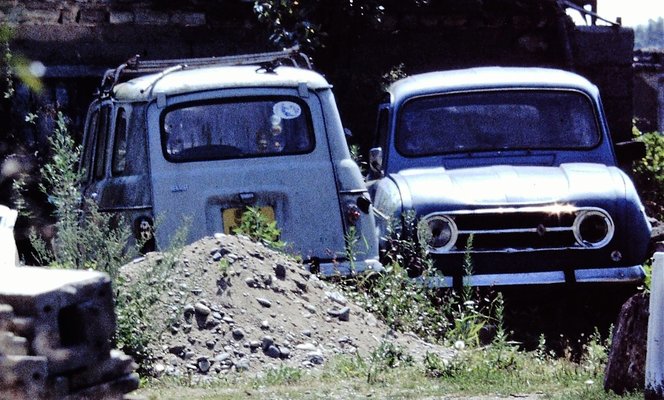 A common sight in rural France 30 years ago. Things have changed! 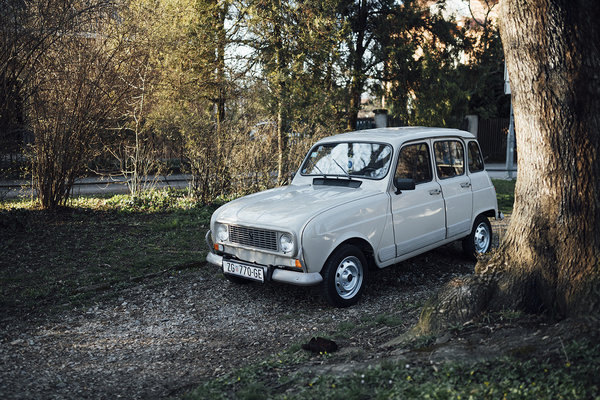 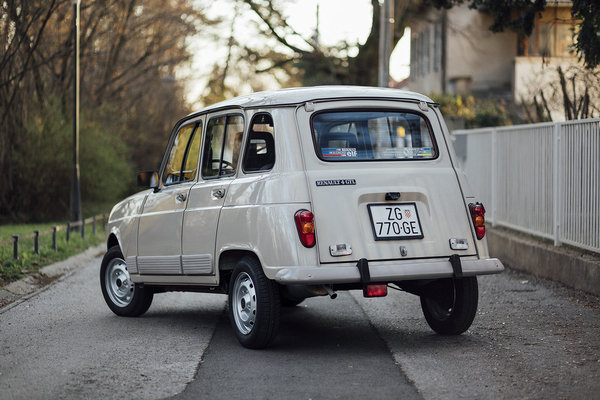 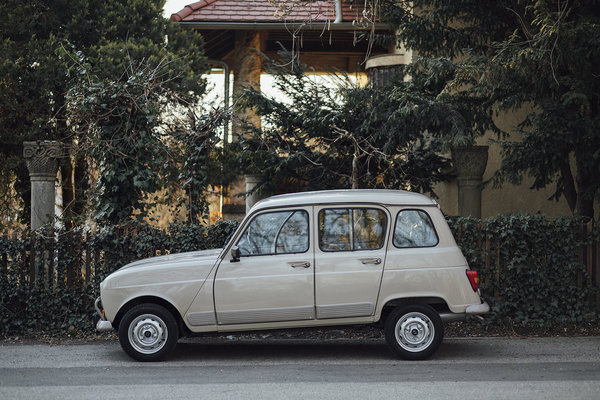 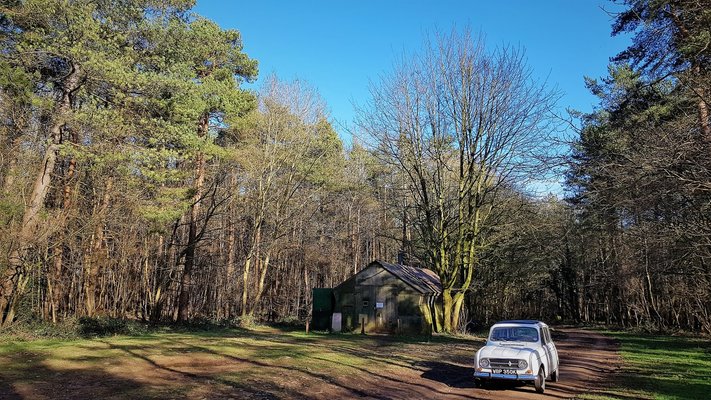 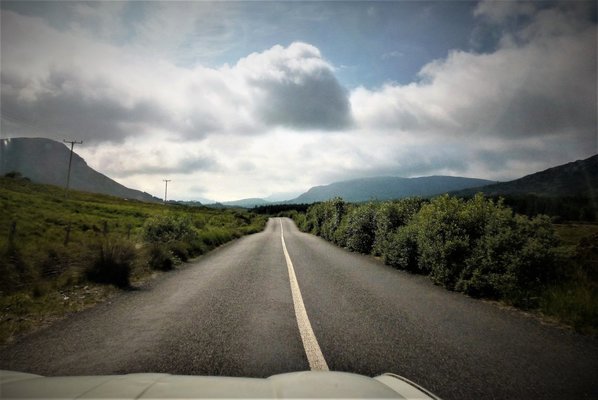 quatrelle87 said:
My 4L welcomes the newest member of the fleet to join the family

Here is a brand new one in 1976 with me an my mother and sister in it at the beach!

The dog was Bobby 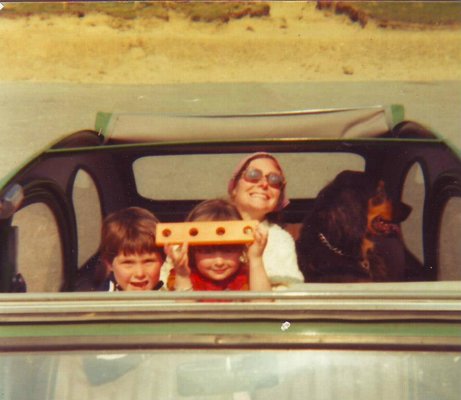 Steering with your knees ?

I think I am a dog-person!

As far as can remember, Bobby didn't think very much, She was a bit of a biter! 35 years a go!
Serial car restorer, on my 12th Renault 4, qualified mechanic just like the Queen 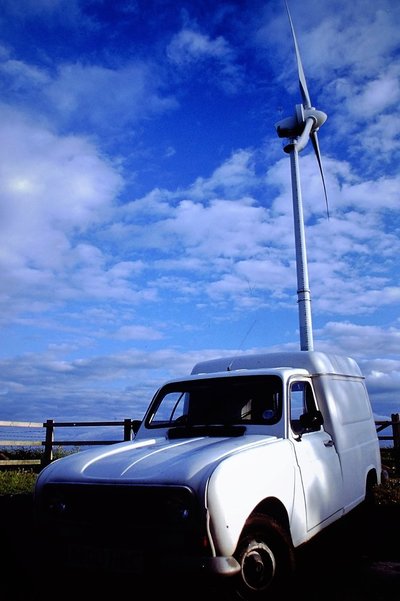 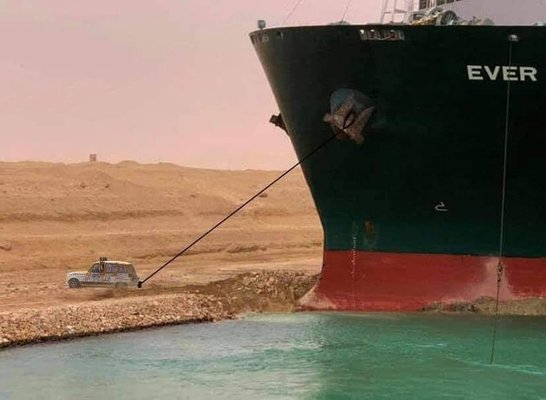 When everything else fails...

Happy Easter to all! 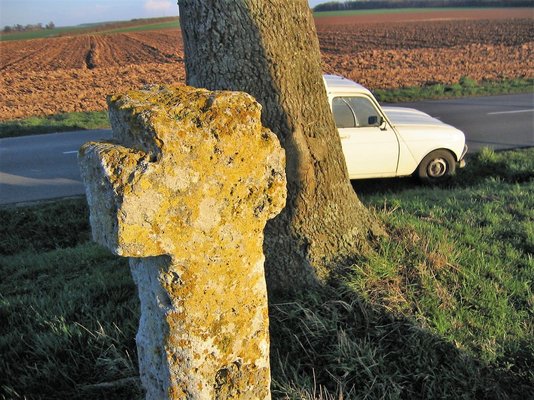