Let's start with a picture of how the car waited for someone to drive it again at the house in the village. 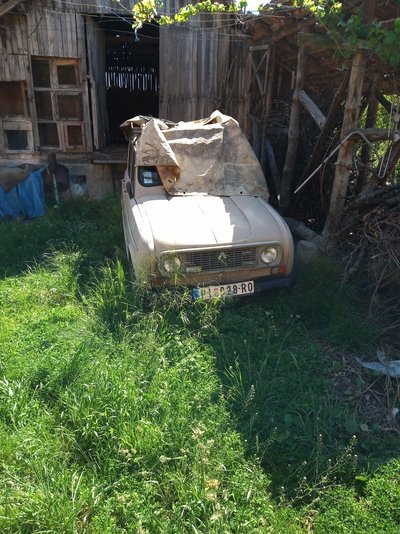 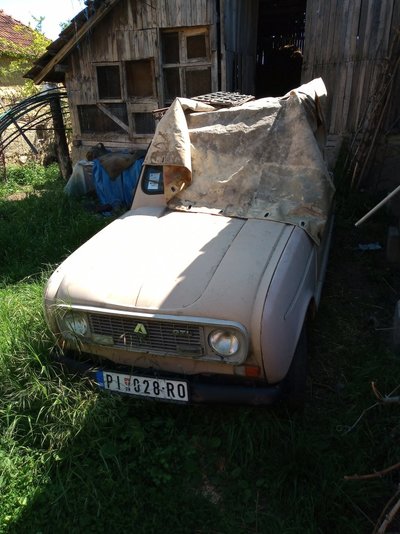 As I mentioned in the introduction, last few years the car was used mainly for driving to fields and transporting hay and other stuff, so it's normal that it looked like this on the inside. 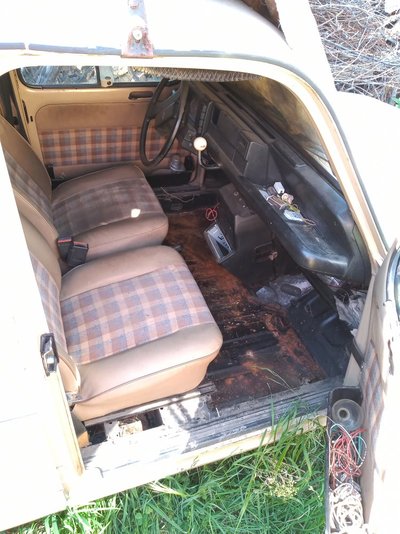 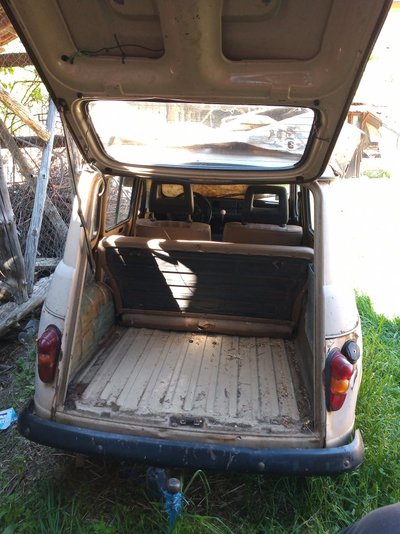 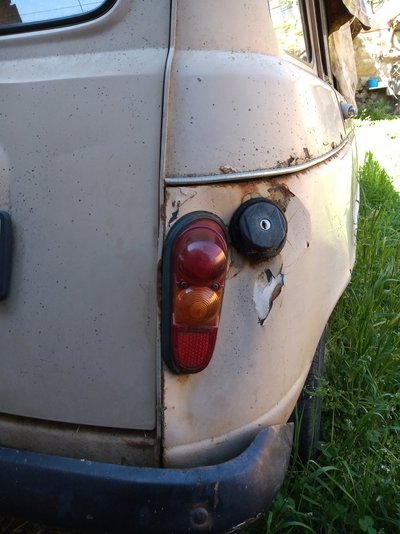 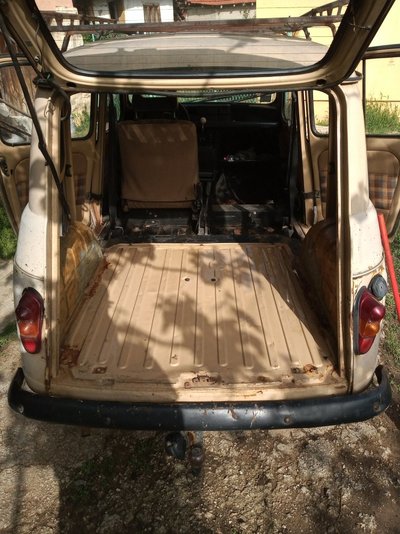 And as they say "Don't judge the book by its covers", although rusty and beaten from the outside, the engine ignites almost immediately, so the task for driving the car to my home in the city demanded only that I charge the battery and to bleed the brakes.
On that illegal trip (around 10km on various field roads, avoiding main roads) I learned that although I bleed the brakes, they are not perfect, it's breaking but not very effective, so I guess it will be the best to change the whole braking system, but, I'll see when I start working on the mechanical parts of the car. Also, the carburetor is not tunned well (I guess bolts went loose) since I spent almost 3 liters of fuel for that 10 kilometers (the fuel tank is broken, so it's using the same bottle as for the coolant for fuel so it's easy to see how much it consumes the fuel). 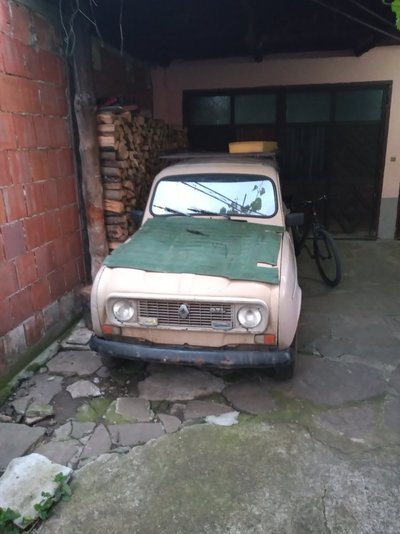 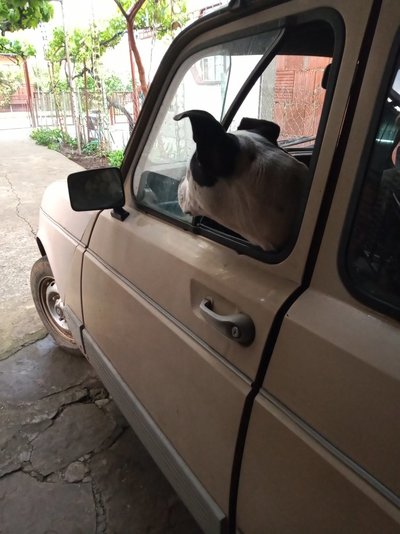 I didn't have much time in the previous weeks to do larger work on the car, but I took every chance to work on it.
The first thing I wanted to do is to take apart as many parts as I can to see how bad the situation with the rust is.
Took out all 4 wings and fuel tank, the situation from bellow doesn't look bad in my opinion. 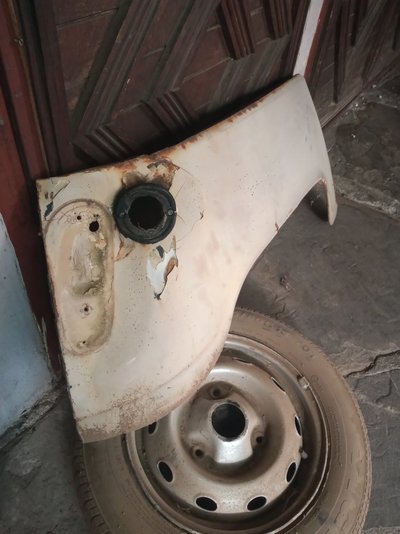 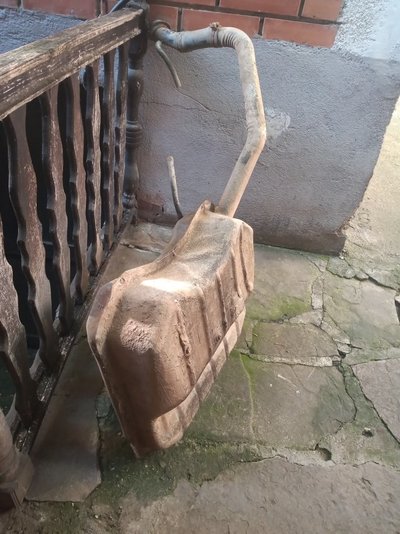 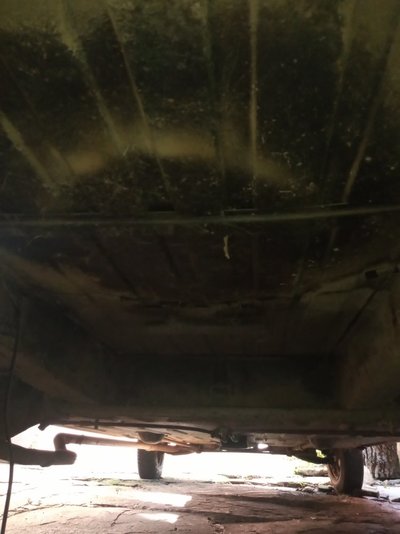 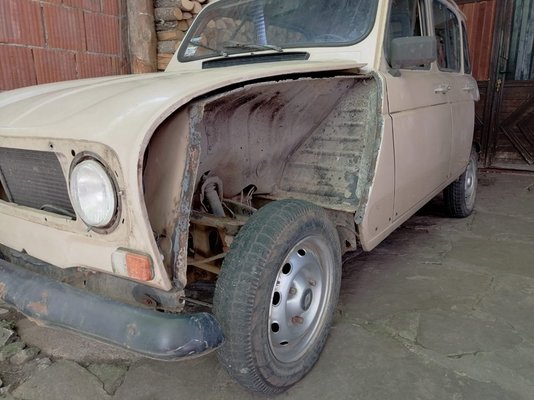 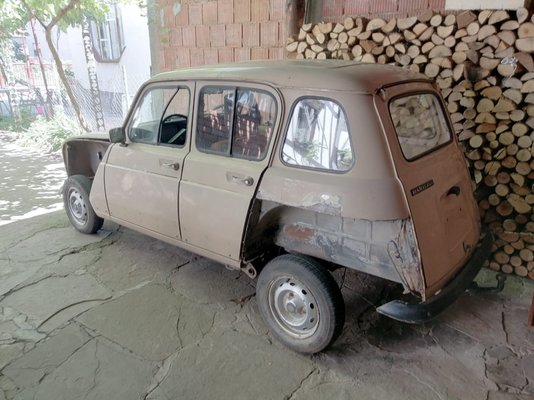 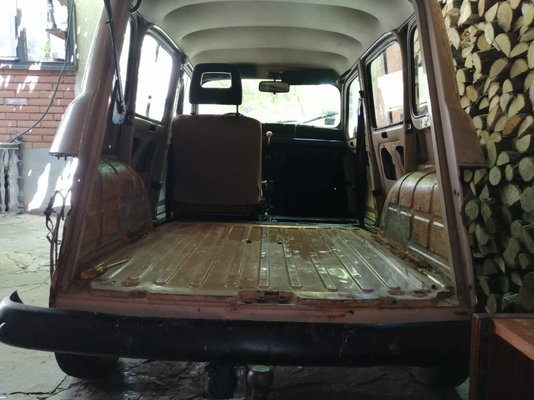 I like the fact that they used M10 screws and bolts almost everywhere, so you can't get confused with which screws and bolts goes where.
2 screws on left rear brake light broke, so they will need to be drilled (unless I buy new wings, which is not that expensive, I found a company that sells all 4 of them for around 100€ or around 28€ for front ones and 25€ for rear ones).
The previous owner worked on a chassis, I guess, and he used this grey sealer on all places he could (don't know if that's how it's supposed to be).
The majority of the rust is at the right side where the biggest hole is located, together with a smaller hole near the right rear door. Also the rust is visible near left rear door, but overall I think that it's not that much rusted and that it won't be a problem to fix it. 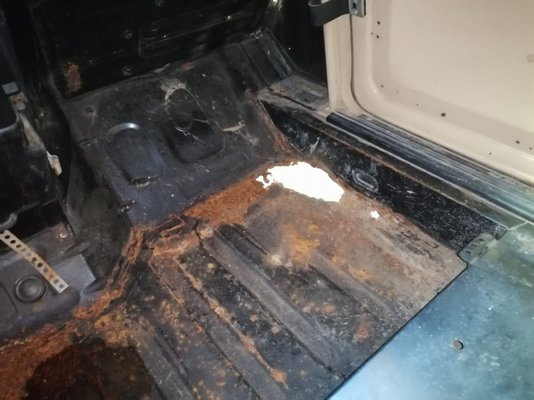 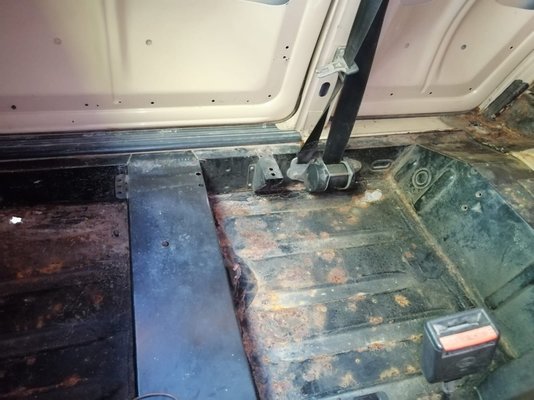 As for the engine, it runs without any problems, but it's not perfect, but the fact that it's in running condition makes it much easier for me.
And the thing I forgot to mention, the car has 242.268 kilometers on its clock. 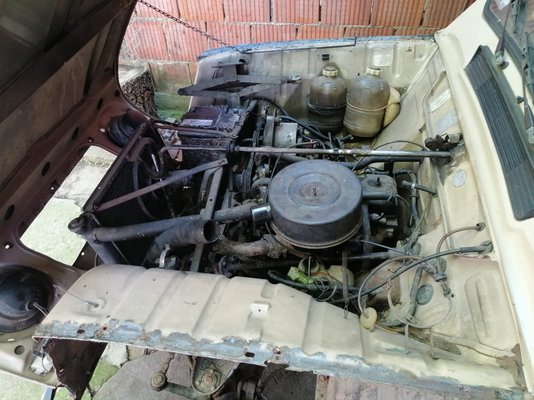 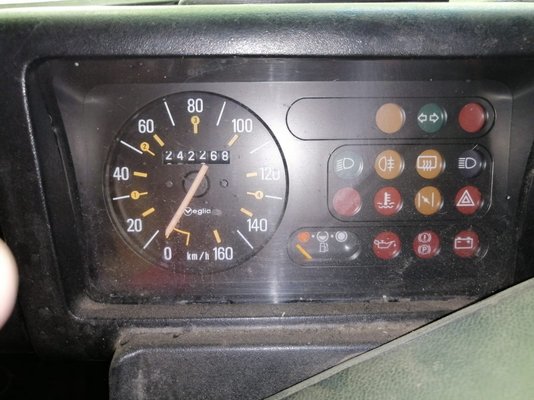 I don't think I'll do much more work on my own, next thing is to drive it to the car body shop to get chasse inspected and welded. It will be the best that it gets full welding, but I'll see how expensive would that be, and accordingly to that, I'll see how much work I can afford. I'm also thinking of painting it, but the paint isn't not in bad condition, so it goes toward the back on the list of priorities that needs to be done.

My recommendation (as one who passed all the trouble repairing an R4) is.

Do the body work thoroughly as it will come back to you quite fast if you don't.

If you would like to drive this car for many years more.

Wow, this reminds me on how I started with my projectcar! First thing what I recommend is to do a thorough inspection on the rust-suspected areas, and try to found out how much it is affected by it. You can watch my topic for the all the way breakdown of the car.

Thank you so much for your advice, nothing much has been done since my first post, I just moved the car to the garage to be there through the winter and in that time to collect money for detailed repair, since as you said, it's much better to do it good than to do it again in a few years.

I guess it's better to ask here than to open new topic.
What's better solution, to drain system from water for winter and to leave it empty or to flush and fill it with coolant (antifreeze), the car is in garage and it will stay there for the winter so I don't expect that temperature goes that much below zero inside the garage
Last edited: Nov 21, 2020

Leave it filled up.

Hi salamander, yes fill it up, but use a good quality antifreeze which should also contain a rust inhibiter to preserve the waterways in the engine.

Hi salamander, it's great to see someone is at the begining at restoration of R4 like I am. I'll be watcing your project, as we are not that far away.

Hi Marko, first of all welcome to the forum, as you said on Petak's topic, you can really find everything you need here to successfully restore your car.

As David Croft would say at the start of F1 race
It's lights out and away we go! 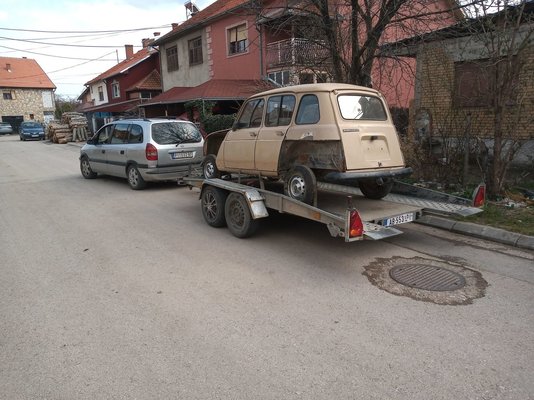